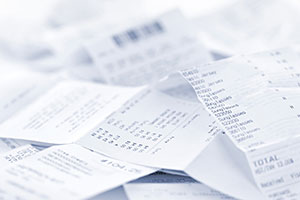 Rising food prices are increasing the pressure on already squeezed consumers, exclusive Which? research reveals, and supermarkets and politicians need to do more to make it easier for people to tackle the rising cost of living.

Ahead of the start of the Labour party conference and with the cost of living a theme for all political parties, new research from Which? shows eight in ten shoppers (78%) are concerned about the increasing cost of food.

Yet about the same amount of people (77%) say their household income has stayed the same or decreased in the same period.

Nearly half (45%) of shoppers say they are spending a larger proportion of their income on food compared to 12 months ago.

The average weekly household grocery bill is £60; it’s £80 for a family of four. Two-thirds of people say this has increased in the past year, blaming rising food prices.

Shoppers are most aware of staples, such as meat, fresh vegetables and bread, increasing in price.

Read our advice on cutting energy costs ahead of winter.

Food prices have risen in real terms by 12% over the last five years. If the price of food continues to increase:

Which? executive director, Richard Lloyd, said: “While people seem to have accepted their grocery bill going up, stagnating incomes and rocketing food prices are causing stress and worry and leaving people wondering how they are going to cope.

“Supermarkets need to make it much easier for consumers to spot the best deal by ensuring pricing is simple and making special offers good value for money. Politicians need to put consumers at the heart of their economic policies to tackle the rising cost of living and fuel growth and prosperity.”