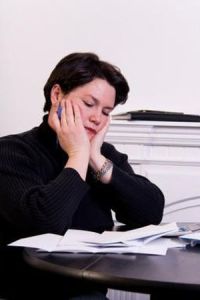 Only 40% of women are preparing adequately for retirement compared to half of men, according to an authoritative new report.

The gender gap is getting wider when it comes to pension provision and the Scottish Widows 2013 Women and Pensions report paints a worsening picture by revealing the percentage of women making adequate arrangements for their retirement falling from 50% in 2011 and 42% in 2012.

A failure to save is identified at every stage of life, from women in their 20s to those in their 50s. The report defines inadequate saving as less than 12% of income (including an employer’s pension contribution). On average, women save £182 a month, while men save £260.

Explaining the lack of pension provision, the report identifies competing financial priorities of women in their 20s. These include living expenses (42%), paying off debts (26%), travel and holidays (23%) and saving for a property (18%). More than half (54%) of those aged 22-29 don’t have a pension.

Women in their 30s face similar barriers to saving, exacerbated by the fact that only 50% work full-time, compared with 81% of men. Career breaks and shorter hours mean that women in their 30s save an average of £87 a month, compared to £151 saved by men of the same age. A similar difference is seen in pay, with the report identifying a 25% ‘gender pay gap’.

The report makes a number of recommendations. For younger women, it emphasises the importance of joining a company pension scheme. With the introduction of auto-enrolment, this should be far more widespread than was previously the case.

For older women, the report recommends increasing pension contributions, noting that the minimum level, ‘is unlikely to be enough’. Scottish Widows suggests saving at least £1 a month for retirement out of every £100 a year of earnings.

As well as auto-enrolment, which will boost private pension scheme membership, changes to the state pension system will also have an impact on women who are still at work.

In considering their pension plans, women need to be particularly aware of the age they can begin to receive state pension and make provision for any gap.

Women should check their state pension entitlement too. From 2016 you will need 35 years National Insurance Contribution credit, rather than the current 30. You can check your current record and entitlement by getting a state pension forecast. Missing years can be added before retirement if necessary by making a lump-sum contribution.

The government plans to introduce a new flat-rate state pension from 2016. This will benefit those who would only have qualified for basic state pension. If you are entitled to additional state pension (S2P), you will still get this when you retire, although no S2P can be accumulated once the new system is introduced. Existing pensioners will not be affected by the changes.