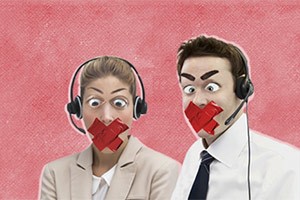 The All Party Parliamentary Group’s inquiry into unsolicited marketing calls and texts is being published today, including recommendations from Which?.

It also calls for stricter rules around obtaining customer consent and improvements to the regulators’ capacity to take action against nuisance callers.

Which? executive director Richard Lloyd said: ‘Millions of us are being bombarded by nuisance calls and texts and people are totally sick and tired of it. We’re pleased to see MPs recognising that the current system is failing the public and that the government must go further and faster to call time on this menace’.

If you’ve been bombarded, see our guide on how to stop nuisance calls.

The MPs also recommended that telecoms companies should block numbers known to be making nuisance calls and warned that elderly people, particularly those with dementia, were at risk from fraudsters operating scams and required special protection.

Our research has found that more than eight in 10 people (83%) reported receiving an unsolicited call on their home landline in the past month.

More than half (56%) of people said they have been discouraged from picking up their landline phone when it rings due to cold calls.

If you have had enough of nuisance calls, join more than 90,000 people who have already pledged their support for our Which? Calling Time campaign.

The government and your data

We think the government should go further to make changes to the way consumers’ data is used.

Among the recommendations, we’d like to see an expiry date for when a person consents to being contacted by selected third parties, and the rules to be extended to include firms selling on personal data, not just those that conduct direct marketing.

Richard Lloyd added: ‘We need to see the law strengthened so people have greater control over use of their personal data and to make it easier for regulators to take action against companies breaking the rules.’