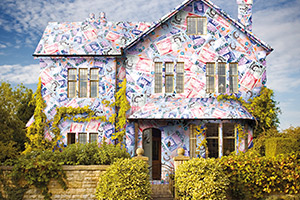 Co-op Energy may be increasing its prices by less than originally planned – but there are still cheaper electricity and gas packages available.

Co-op Energy announced yesterday that it would reduce its winter price increase from 4.5% to 2%. The company said this was because it expected the government to reduce green levies soon, and it wanted to pass this saving onto its customers.

However, with the new average annual Co-op Energy bill coming in at £1,291 for monthly direct debit customers (up from £1,258), that still makes it around £175 per year more expensive than the cheapest tariff on the market – Spark Energy’s Spark Advance 2 (£1,116 per year).

As five of the ‘big six’ energy companies have also already announced price rises this winter, it’s well worth comparing energy prices to find the cheapest deal for you.

If you’re unsure whether to go for a fixed or variable energy package, check out energy tariffs explained.

Following Co-op Energy’s announcement, E.On also said it would pass on any green tax savings to its customers ‘pound for pound’.

With trust at rock bottom and record numbers very worried about rising energy costs, people want to see action on their energy bills.

More than 32,000 people have already signed up to our campaign calling on George Osborne to cut unaffordable Government energy policies and cut the Big Six energy suppliers down to size.