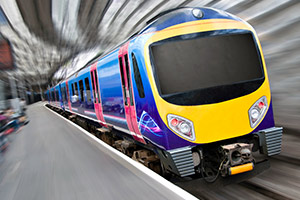 Train fares will rise by an average of 2.8% from the new year, putting even greater pressure on consumers struggling with the cost of living.

The Which? Spending Power Index shows that the rising cost of public transport is one of the big factors affecting how much consumers have had to spend throughout the economic downturn, and any increase will be unwelcome news for consumers.

The price rises will affect season tickets, anytime tickets and off-peak tickets, which are regulated by the government.

Read our online review to discover which are the best and worst train companies in the UK.

Rail fares could rise by over 5%

The rail fare increase comes after the Chancellor said that new fares should be capped in line with July’s RPI inflation rate of 3.1%.

But a ‘flex clause’ allows rail firms to raise some fares by up to 2% more as long as they are offset by fare reductions elsewhere.

However, new Which? research has shown that rail passengers can save up to a third of the cost of a train ticket simply by splitting their journeys.

Which? consumer insight reveals that the average household spends 14% of their income on transport. For many consumers, switching to another form of transport is simply not an option and only 30% of people are planning to spend less on transport in the next few months.

Which? executive director Richard Lloyd said: ‘The Government’s action to limit rail fare price rises, announced in the Autumn Statement, will help commuters but any increase is a blow to people already feeling the financial squeeze.

‘The Government must ensure it is doing everything to put consumers first and help keep the unavoidable costs of living in check’.