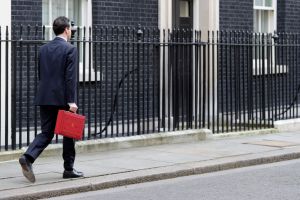 A planned increase in fuel duty of 2p per litre has been cancelled, the Chancellor of the Exchequer, George Osborne, announced in his Autumn Statement speech.

Big changes are afoot with regards vehicle tax making it easier for motorists to spread the cost, while a planned increase in rail fares next year has also been scrapped.

Planned fuel duty increases have been postponed numerous times before.

With fuel costs being one of the top consumer concerns according to the Which? Consumer Insight Tracker, the Chancellor’s most recent announcement will bring some small relief to people at the pumps.

Meanwhile, the government is taking further action to address costs for motorists. To bring down the high costs of fuel on motorways, new comparison road signs will be trialled which will show prices at different service stations along a route, making it easier for drivers to find the cheapest deal and encouraging competition on prices.

Go further: How cut your petrol bills – helpful tips from the Which? Car team

Meanwile, the statutory maximum price of the MOT test for a car will be frozen at £54.85 until 2015.

Also, in a bid to cut down on fraudulent insurance compensation claims, cases will be scrutinised by new independent medical panels from 2014.

Go further: Ways to save on motoring – find out how to shave pounds off your travel expenses

After more than 90 years affixed to British motorists’ vehicles, the paper tax disc is to be scrapped and replaced with a modern electronic system.

While the Chancellor didn’t make reference to it in his Autumn Statement speech to the House of Commons, the official document shows that motorists will, for the first time, also be able to pay for their vehicle excise duty (VED) by monthly direct debit.

This will help hard-pressed motorists spread the burden of the car tax bill, but it will come at a cost of an extra 5%.

Customers who are not online will still be able to tax their vehicle in person at a Post Office or on the phone. The changes will come into effect from October 2014.

During the Chancellor’s speech he announced a planned 1% above inflation increase in rail fares from January will be scrapped.

The government said it will cap the average increase in regulated rail fares for the 2014 calendar year in line with inflation.