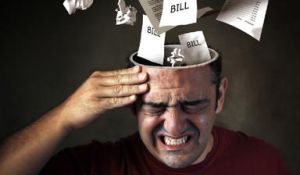 Millions of people relied on credit to pay for Christmas, a new Which? survey has found, and people fear their budgets will be squeezed even tighter in 2014.

With living standards squeezed and household bills continuing to rise, our survey has found that people aren’t relishing their prospects for next year, with half (49%) of people expecting their household budgets to be tighter in 2014 than 2013.

Only three in ten (29%) expect their family’s financial situation to improve in 2014 and six in ten (60%) consumers said they are already dreading the cost of their winter energy bill.

If the festive season has stretched your budget beyond its limits, our top tips to deal with debt can help you get back on track.

Our research found a quarter (25%) of people, 13 million, could only afford to pay for Christmas by borrowing.

Overall four in ten (42%) used credit cards, loans or overdrafts to fund their festive spending. A third of people (34%) also dipped into their savings, taking an average of £450 from their accounts.

We found 30-49 year olds used more credit than other age groups, borrowing £490 to pay for Christmas compared to the average of £350. They are also more likely to have dipped into their savings withdrawing an average of £570. This age group also feels most under pressure financially with 41% saying they are feeling financially squeezed.

If you’re spending more than you earn, try our useful budget planning tools and resources to help keep your finances on track.

Around 2.5 million say it will take more than six months to pay off December’s debts.

Our survey also reveals that:

‘Government must do more to help hard-pressed consumers’

Richard Lloyd, Which? executive director, said: ‘Despite continuing signs of an improving economy, it seems families are still really feeling the squeeze, with millions of households pessimistic about their finances in 2014 after relying on savings or debt to fund Christmas spending.

‘We want a New Year resolution from the Government to do more to help hard-pressed consumers in 2014 by getting a grip on the cost of essential bills and a resolution from firms to make sure they are giving customers the best possible value for money.’