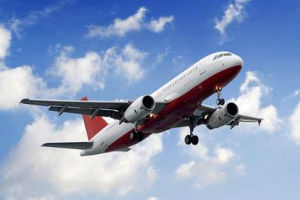 The UK Civil Aviation Authority (CAA) has placed new regulations on both Heathrow and Gatwick airports to ensure that the charges issued to airlines are fair.

The regulator has indicated that airlines operating from these airports should be able to pass savings on to customers.

However, it ruled that Stansted Airport no longer needs to have its charges regulated.

Go further: Check out our list of best and worst airlines as rated by Which? members

The CAA ruled that Heathrow airport would have to reduce airline fees by 1.5% in real terms every year between 2014 and 2019. It also pledged to introduce more robust regulation of the fees charged by Gatwick, so that airline contracts remained consistent with the price and quality of the service offered.

CAA chair Dame Deirdre Hutton claimed that the cost of flights would fall as a result of this action.

She said: ‘Today’s decisions are good news for air passengers. They will see prices fall, whilst still being able to look forward to high service standards, thanks to a robust licensing regime.

‘We have focused on putting the passengers’ interest at the heart of our decisions and today’s announcement means passengers can look forward to lower prices and high service quality from London’s busiest airports.’

The price cap imposed on Heathrow came despite the CAA’s suggestion in October that it would be allowed to raise prices in line with the RPI inflation rate.

This decision was revised partly because of improved passenger traffic forecasts since then, although it still makes provisions for almost £3 billion worth of investment in the next five years.

The CAA said its decision to end economic regulation of Stansted was taken because the airport did not have substantial market power.