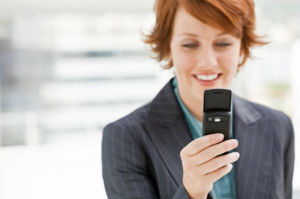 Five major banks have pledged to offer mobile payments to their customers in 2014, allowing them to quickly complete transactions using their smartphones.

HSBC, First Direct, Nationwide, Santander and Metro Bank accounts will all be integrated with mobile payment facility Zapp when it launches this autumn, meaning that more than 18 million customers will be able to use it.

With 60% of UK merchants currently set up to take advantage of Zapp payments, this could be a major step in the journey towards a cashless society.

How does Zapp work?

Zapp allows consumers to pay for goods, both at the till and online, with a single tap of a mobile phone or tablet screen.

Retailers can initiate the transaction by providing consumers with near-field communications, QR codes or a six-digit code to tap into their device.

From there, they can choose an account to pay from, check its balance and make the payment in real-time. Consumers could also pay for their utilities using the app by scanning QR codes printed on their bills. The whole process is estimated to take around 12 seconds.

How secure is Zapp?

Zapp is being marketed as the most secure mobile payment solution yet, because users don’t have to reveal their bank details.

There is no need to remember user names or passwords and all transactions are covered by similar protections as those that exist for debit card payments. Users will be protected in the event of goods not being delivered or if the wrong figure was paid, for example.

More than a third of UK bank accounts will be connected with the facility when it launches, including those provided by early adopters such as WorldPay, Optimal Payments, Realex and SagePay.

Zapp chief executive Peter Keenan predicted that even more financial institutions could sign up before the app launches.

‘I am delighted that these financial institutions and acquirers have chosen to innovate to deliver value to their customers, lead the market and deliver huge benefit to the UK economy,’ he said.