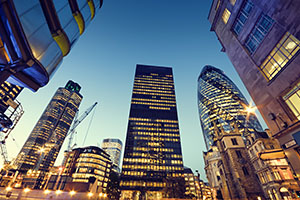 The Financial Ombudsman Service has published its plans to tackle more financial complaints in 2014 than every before.

Payment Protection Insurance (PPI) remains the most complained about financial product and in total, the ombudsman has received more than one million PPI cases.

Two thirds of these complaints were made in the last 18 months.

Executive director of Which? Richard Lloyd said: ‘The high level of banking complaints and sheer volume of PPI cases going to the ombudsman show that the banks still have a long way to go to transform their culture.

‘We welcome increased efforts from the Financial Ombudsman Service to resolve more disputes this year but this must be matched by a big improvement in how banks deal with customer complaints.’

If you’ve been mis-sold PPI, you don’t need to use a claims management company to get your money back. Use our PPI claims tool for free.

The Financial Ombudsman Service plan sets out how in 2014/15, the ombudsman is planning to answer 1.8 million front-line consumer queries.

If you believe you have a financial complaint to take to the ombudsman, read our guide to help you work out what you need to do.

Before contacting the Financial Ombudsman Service, you’ll need to go ensure you follow the internal complaints procedure of the financial provider you’re complaining about.

The financial company has up to eight weeks to deal with your complaint. If it hasn’t resolved your complaint by then, or if you reach deadlock before the eight weeks are up, you can take the matter to the FOS.

The ombudsman expects to be dealing with the fallout from the PPI scandal for several years, despite a turning point having been reached with fewer complaints about PPI now being brought to it by consumers.

The report said a downward trend in PPI complaints to the ombudsman was likely to continue, with an average of around 3,000 new cases per week in 2014/15, down from 12,000 new cases a week at the height of the scandal.

PPI was set up to cover your debt repayments if, for example due to redundancy or illness, you were unable to work.

But our research showed that at least two million people may have paid for a PPI policy they couldn’t ever claim on.

If you believe you’ve been mis-sold PPI, take a look at our PPI mis-selling checklist.