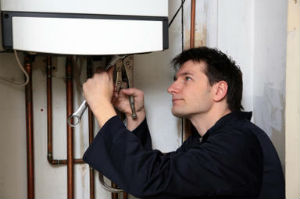 Homeserve is set to be fined £34.5 million for mis-selling and poor complaints handling.

The emergency home maintenance firm has received a draft warning from the Financial Conduct Authority (FCA), following an 18-month investigation into its sales, marketing and complaints handling processes.

It had been suggested that sales staff had failed to make the cost of their home emergency policies clear to customers.

The company is currently in the process of arranging compensation for those who have been affected.

Go further: See our list of the best & worst home insurance companies as rated by Which? members

This will be the largest retail fine that the FCA has ever administered – and is a lot heftier than Homeserve chiefs had expected.

The company had previously set aside just £6 million to cover the penalty, confirming only today the provision of another £30 million towards this cause.

More than two million customers have taken out insurance against burst pipes, faulty boilers and electrical problems with the firm.

However, our research suggests that a lot of homeowners might be better off purchasing this cover as an add-on with their home insurance policy.

How to complain about Homeserve

Homeserve has set up a special helpline – 0800 121 6866 – for customers to check whether they have been sold an appropriate policy.

In a statement released on Monday, a company spokesperson said that its service would remain unaffected by the notice and that the business would continue to trade in line with expectations.

“Homeserve will now engage in discussions with the FCA to finalise the notice and does not propose making any further comment during these discussions,” they added.

A formal confirmation of the penalty is not expected for several weeks.

Go further: Check out our handy list of things to bear in mind when arranging home emergency cover