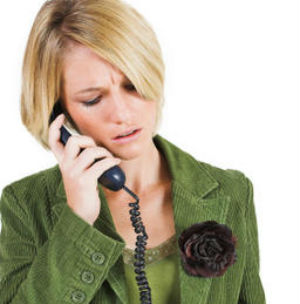 Many financial advisors won’t reveal how much they charge until customers meet with them in person, Which? research has found.

Posing as potential clients, Which? called 30 IFAs asking how much it would cost for advice on investing a £60,000 inheritance, but only 14 of them could be pressed to reveal their fees over the phone.

What’s more, 70% of this sample group failed to list information about their prices online.

Many advisers told our researchers that their charging system was much easier to explain face-to-face, whilst some suggested it was impossible to establish costs without more detail.

However, others were more than happy to indicate how much their service would cost without engaging in lengthy meetings.

Go further: Financial advice explained – our guide explains all the basics about dealing with a financial adviser.

How much do financial advisers charge?

Financial advisers have three main methods of charging for their service and many will offer clients a choice about which method they prefer.

We also carried out a survey of 206 IFAs, which revealed that clients are most likely to be charged an up-front fee, calculated as a percentage of the amount they are looking to invest. The percentage charged ranged widely, with quotes ranging from as low as 0.5% up to 5%.

The range of hourly rates charged was just as wide, ranging from £75 per hour up to £400 per hour. The survey revealed a broad range of fixed one-off fees too.

Yet, with so many IFAs insisting on arranging face-to-face meetings before revealing their pricing structure, it can be very difficult to shop around effectively.

Which? calls for transparent pricing

It’s been one year since IFAs were banned from charging from commission on their client’s investments, yet in many cases it’s still too difficult for clients to understand exactly how much they can expect to pay.

When we showed our figures to the Financial Conduct Authority (FCA), it agreed that more needed to be done to achieve transparent pricing in the industry.

A Which? spokesman said: ‘We want to see all financial advisers publishing their full menu of charges online, and if this can’t be can’t be achieved by industry-led initiatives, we want to see the FCA regulating advisers to compel them to do it.

‘We think it’s important for independent financial advisers to adhere to the spirit of the rules as well as the rules themselves, and this means being open about how much they charge, enabling consumers to shop around.’