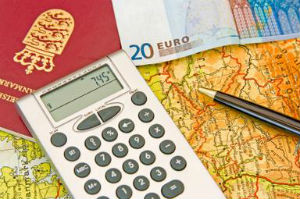 Almost two thirds of UK holidaymakers will pay for their holiday using their savings, according to a new survey.

In a poll conducted by the Financial Services Compensation Scheme (FSCS), 51% of respondents claimed they would pay for their holiday in full using money they had saved up, whilst a further 14% said they would use savings to pay for part of their trip.

If you are saving up to pay for a holiday, make sure you are making the most of your money by checking our analysis of the Best Rate instant access savings accounts.

More than a fifth of those questioned said they had enough money to pay for their holidays without needing to save, and only one in every 20 respondents said they would fund their holiday using loans or credit cards.

Young adults are the most likely to save up for their holidays, with three quarters of the 24 to 44-year-olds polled saying they would do so.

Budgeting for a holiday

It appears as if many British residents may need to reign in their holiday spending. Just 66% of the survey’s respondents said that they set a spending budget for their holiday and only one in five said that they stuck to it. More than a third of the sample group admitted over-spending during their trip.

If you’re hoping to convert your spare foreign currency back into British pounds have a look at our comparison of currency exchange providers before parting with their cash.