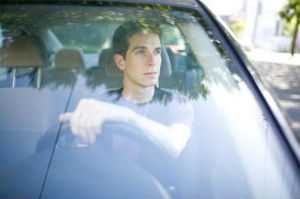 Motorists’ insurance premiums have been tipped to fall once the government puts driving licence records online.

Access to the DVLA’s new My Licence database will enable insurers to provide honest motorists with fairer and more accurate premiums.

The Association of British Insurers has estimated that it could save motorists an average of £15 per year.

Currently, insurers are unable to accurately check licence details when they sell policies and have to price against the risk of drivers lying about their speeding endorsements or making a mistake.

However, once the My Licence project is launched in March, they will be able to access that information through the gov.uk website.

Commenting on the move, Cabinet Office minister Francis Maude said: ‘This will enable insurers, for example, to price much more accurately, because they will not have to take anything on trust.

‘When people say what their endorsements are on their licences you can check it so you can price much more accurately so you can reduce the cost of insurance for most people.’

Car hire company administration costs will also be reduced by the introduction of the new DVLA database, as firms will be able to check drivers’ details online rather than by phone.

Go further: Check out our tips for reducing the cost of car hire

An AA/Populus study of 17,883 AA members indicated that the majority of motorists welcomed the changes.

However, in reaction to these figures, AA president Edmund King claimed that improvements were still needed to the government’s current motoring databases. He called for a more accessible database of mandatory recorded car mileage from MoTs and change of car ownership forms (V5 forms) to help prevent recorded mileage clocking.

The paper counterpart to the driving licence card is due to be phased out by 2015 and there will be an assisted service to help those who have difficulty using the internet.