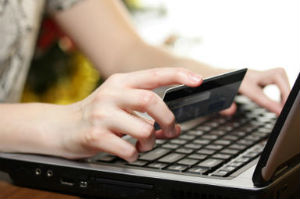 Consumers were keener than ever to shop online during this season’s post-Christmas sales period, according to new figures.

Retail websites logged hundreds of millions of visits on both Christmas Day and Boxing Day, as Brits hurried to take advantage of the bargains on offer.

This surge in traffic continued throughout the final days of the year, prompting analysts to suggest that e-commerce had “come of age” this season.

Our shows that many of the most tempting deals can be found on the web.

A Centre for Retail Research analysis estimated that shoppers spent a record-breaking £540 million online on Boxing Day – a 15% year-on-year increase.

High street spending was also estimated to have risen by 5.7% to £2.2 billion on this day, but footfall dropped in the following days due partly to the horrendous weather across the country.

The proportion of consumers buying goods using mobile web devices is also believed to have soared.

John Lewis, which was named the UK’s Best Retailer at the 2013 Which? Awards, had three quarters of its Christmas Day traffic from smartphones and table users, rather than desktop computers. It also reported a 22.6% increase in online sales over the festive period, and online sales made up 32% of its overall sales.

The department store chain is likely to be one of Britain’s biggest winners of the festive season, alongside House of Fraser which experienced what it said was its “best ever Christmas” thanks largely to a 57.7% increase in online sales. The nation’s other major retailers are set to announce their Christmas figures in the coming days.

A separate study by Deloitte has indicated that the amount of retailers going into administration dropped by 6% in 2013, which has been seen as further evidence of a high street recovery.

What are my rights in the Christmas sales? – 10% of people don’t know