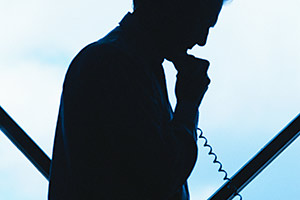 The figures, published today by Citizens Advice, echo Which? research highlighting the extent of the problem of unwanted calls and text messages.

Which? research carried out in September 2013 found that eight in ten people had received an unsolicited call on their home landline within the previous month.

Eight in ten people said cold calls were an annoying interruption to their daily lives, while one third said they had been intimidated by them.

If you’re fed up with nuisance calls and texts, you can join the 109,000 supporters of our Calling Time campaign.

Which? research in April 2013 also showed that almost one in ten people received 50 unwanted calls or more in a month, mainly from PPI and accident claim companies.

If you’ve been mis-sold PPI, you don’t need to use a claims management company. Use our free claims tool to get your money back.

The Which? Calling Time campaign also includes a complaint reporting tool to direct consumers to the right place to make a complaint.

Since its launch in July last year, 25,941 complaints have been logged, with approximately half going on to complain to the regulator.

In order to curb nuisance calls, we believe the government needs to go further to make changes to the way consumers’ data is gathered and used.

• giving people power and control over their personal data
• ensuring regulators have the powers to police, punish and publish details of those who break the rules
• encouraging the industry to develop technical solutions to protect people

Today’s Parliamentary debate was led by Mike Crockart MP, a vocal opponent of nuisance calls. The debate hopes to push the Government to take action on the way consent is given and used, getting the industry itself to act responsibly to protect vulnerable consumers.