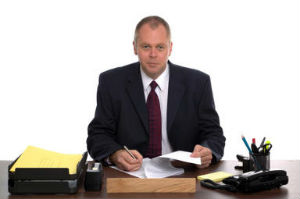 The number of consumers complaining about being mis-sold packaged bank accounts has more than doubled in the past year.

The Financial Ombudsman Service (FOS) has revealed it is currently receiving about 100 complaints a week about paid-for accounts, up from 40 a week in January 2013.

A high proportion of these complaints regard the way that these accounts have been sold and about 80% of them are being upheld.

If you think you have been mis-sold a packaged account, read our guide on how to claim compensation from your bank.

How are bank accounts being mis-sold?

Around one in five British residents holds a bank account offering perks such as travel insurance, discount vouchers or car breakdown cover.

However, many of these customers have told the FOS that they weren’t made aware about the charges on these accounts, whilst others have complained about accounts being upgraded without their knowledge.

A number of customers have been sold bank accounts with benefits that they weren’t even eligible to use.

Which? calls for action on mis-selling of bank accounts

The Financial Conduct Authority (FCA) introduced new regulations with the goal of preventing the mis-selling of bank accounts on 31 March 2013.

Under these sanctions, banks and building societies are obliged to check that customers are eligible to claim on all benefits offered as part of their packaged bank account.

They must also tell customers about any free accounts that are available and only recommend those which are suitable for that individual.

Reacting to the ombudsman’s figures, Which? executive director Richard Lloyd called for stricter enforcement of these rules.

‘The Financial Conduct Authority must rigorously enforce the rules to prevent mis-selling and take action against any bank that links staff bonuses to the sale of these products,’ he said.