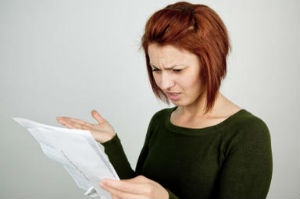 Consumers affected by the CPP mis-selling scandal are set to receive financial compensation, with payouts thought to average around £200.

However, people who held policies for longer periods of time could receive considerably more than the average, as those due compensation will receive the amount they originally paid plus 8% interest. It is believed that most payouts will be between £100 and £300.

A £1.3 billion fund has been set up to compensate the seven million people mis-sold insurance cover for their bank and credit cards, following a vote by affected consumers.

Over a million people voted in favour of the redress scheme which the High Court approved this week. Affected consumers were contacted by post, with some 98% of those who replied supporting the scheme.

Go further: Which? has compared hundreds of credit cards to help you pick the best deal

How do I know if I’ve been mis-sold CPP?

CCP Ltd sold the protection via 13 high street banks (listed below), with consumers asked to spend £30 a year to insure their card or approximately £80 for an identity protection policy. Many of these polices were mis-sold to consumers who were already covered by their bank or credit card company.

The seven million consumers who were mis-sold CPP will be contacted by post in the next month, with compensation payable by the end of March.

Naturally, many of these policyholders will have changed address during this time. If you think you might be one of them, you can contact CPP, which has set up a website to deal with mis-selling claims.

Alternatively, you could contact your CPP provider directly by post. Our consumer rights team has devised a handy template letter for those wishing to do this.