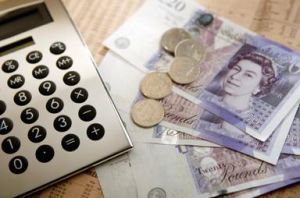 As a result, Which? is calling on the government to force banks to make it easier to compare the cost of running a current account.

Unauthorised overdraft charges are well known for their complexity and with banks applying different ways to apply these charges it is no surprise that even the most mathematically astute among us struggle to calculate them.

Which? put 18 volunteers to the test to calculate the total cost of using an unauthorised overdraft with the 12 biggest banks’ main current accounts and between them they got just 10 of the 72 calculations correct.

It also took on average 10 minutes for the volunteers to find out the charges on the banks’s websites, considerably longer than four minutes it took when we carried out the same research two years ago.

Each of the volunteers were given a mock statement and asked to calculate the overall cost by finding the overdraft charges on a bank’s website. They then had to work out any interest charged and any fixed charges, like monthly or daily fees or penalties for unpaid transactions.

Across almost all the banks, the overall cost was so difficult to work out that even a principal inspector of taxes only got one of his four calculations right, and a retired headteacher got his answers all wrong.

Only six of the 18 volunteers thought that, based on doing the test, a typical consumer would be able to compare the charges.

Some banks have started to simplify charges, for example by capping fees, but this doesn’t necessarily make it easier for people to find the best account for them and can work out to be more expensive in some cases.

Which? calls for banks to release customer data

Which? wants the Government to force banks to release the data they have about how customers use their accounts which can be used to develop comparison tools that would allow consumers to rank providers by cost based on their own personal needs and financial situation.

This is also vital to help increase competition in banking, especially as separate Which? research finds that the new seven day current account switching service has got off to a bumpy start. In our survey, 65% had problems with their switch, whilst a quarter said it took eight working days or more.

Richard Lloyd, executive director at Which? said: ‘Consumers are faced with a myriad of complicated charges for using an unauthorised overdraft, and it’s virtually impossible for people to calculate and compare the cost of running a current account.

‘It’s no wonder so few people switch between banks when you can’t easily compare prices. To boost competition we want the Government to make banks release data about how customers use their accounts so it’s easier for them to work out charges and rank providers by cost. With the new switching guarantee still experiencing teething problems, this is one catalyst that we believe would help shake up retail banking.’