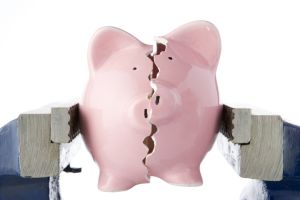 Following a new Which? investigation, we believe that payday lenders are acting unlawfully by charging excessive default fees.

Ten of the 17 leading payday lenders we looked at have default fees of £20 or more, and four charge £25 and above, with Wonga topping the table at £30

High charges are one of the biggest factors that tip borrowers into a spiral of debt. Previous Which? research found that more than half (56%) of payday loan users had incurred charges for missed or bounced repayments over 12 months, compared to 16% for all credit users.

We believe that excessive default fees are unlawful under the Unfair Terms in Consumer Contracts Regulations 1999 (UTCCRs), which state that it is unfair for lenders to charge a disproportionately high fee if borrowers default on a loan.

We have written to the worst offenders to challenge the level of their default fees, which we believe should be no higher than the administrative costs associated with defaulting. Some payday lenders impose significantly lower default charges of £12.

Default fees should be capped

We have been calling for the Financial Conduct Authority (FCA) to introduce a cap on the level that firms can charge in default fees, as part of the cap on the total cost of credit planned for January 2015.

We believe payday lenders are exploiting consumers’ optimism about being able repay on time by using excessive penalty fees to reduce headline rates and lead consumers to underestimate the true cost of credit. Our previous research found that half (48%) of payday loan users took out credit that they couldn’t afford to repay.

Which? is working to clean up credit

Richard Lloyd, executive director at Which? said: ‘We believe payday lenders are exploiting borrowers with excessive fees which can push them even further into debt. If they cannot justify why these charges are so high and refuse to cut them, we would look to take further steps to protect vulnerable consumers. The regulator must also take action to ensure all fees are fair, proportionate and only reflect lenders’ costs.’

Which? recently launched its Clean up Credit campaign which calls for the FCA to clamp down on excessive charges and irresponsible lending, and to make sure borrowers are being treated fairly whatever form of credit they’re using.

How much do lenders charge in default fees?