The Peugeot 308 is the latest family hatchback from the French brand. It claims there are four reasons to choose a 308 over rivals, with the third being efficiency.

However, when Which? tested one of the most efficient diesel engines available for the new car, it fell short of the claimed mpg figure by 17%. 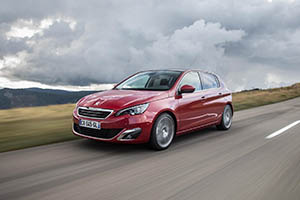 The official figure it quotes for the Peugeot 308 1.6-litre e-HDI 115hp diesel Allure is 74.3mpg in the official EC test cycle. However, when Which? tested this model, we could only achieve 61.4mpg.

Why the Which? test is more realistic

Like the official EC test, all our fuel economy testing is conducted in a lab using a rolling road and at a controlled temperature. 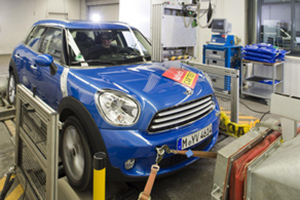 Unlike the official EC test (in which no power-consuming devices are switched on), the Which? test uses the air-conditioning for the motorway and hot engine start sections of testing, as we believe this is more realistic.

All Which? tests are run with the cars’ low beam or daytime running lights switched on, and, if there’s a gear-shift indicator fitted to the car, the Which? test team changes gears in line with the recommendations of the system.

Every car we test has to go through our real-life fuel efficiency test cycle, and all our reviews show the Which? tested mpg figures for each engine tested, with the official claimed figures beside them so you can compare the difference.

Which? members can find tested mpg figures for all cars tested by going to our car reviews.