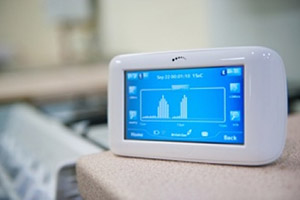 Critics have accused British Gas of exaggerating the savings customers could make by installing a smart meter.

British Gas has previously stated that customers could save up to £75 a year using a smart meter, which they described as ‘free’. However, the energy supplier has now admitted that the average saving per household is actually £21 per year, and customers are indirectly paying for smart meters through increased bills.

You can see how British Gas did in our latest annual survey by viewing the best and worst energy companies.

Smart meters monitor your electricity and gas usage and relay the information straight back to your energy supplier. This means bills are based on your actual consumption rather than estimates, and you’ll no longer need to let a meter reader into your home to take readings.

EU legislation states that 80% of homes should have smart meters by 2020, and the UK government will begin rolling out widespread smart meter installation from 2015. However, some energy suppliers – including British Gas – have already started installing the meters in customers’ homes.

Which? executive director Richard Lloyd said: ‘With energy prices one of the top financial concerns for consumers, the government needs to keep a tight rein on the smart meter roll-out so that the £12bn cost doesn’t spiral out of control. Relying on competition to keep costs in check is simply not credible when it is clear that competition in energy is failing. The success of this programme relies on delivery at the lowest possible cost and making sure that consumers’ interests are at its heart.’

To find out more, read our guide to the smart meter roll-out.

How to cut your energy bills

Some argue that the heightened awareness of energy use afforded by smart meters will lead to people actively reducing their usage – and therefore their bills.

It’s also important to check that you’re on the cheapest electricity, gas or dual fuel package for you. You can compare energy tariffs for free using Which? Switch.