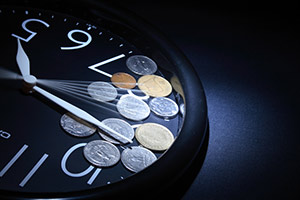 Some customers have been left hundreds of pounds out of pocket.

Thousands of electricity customers could be finding themselves overcharged due to inaccurate electricity meter clocks.

Which? has uncovered problems with some timed meters which mean customers have been left hundreds of pounds out of pocket.

Time-of-use tariffs, such as Economy 7 or Economy 10, offer a lower rate for electricity during some hours. But a number of Which? members on such tariffs have come forward to warn that their meter clocks have been wrong.

It’s the supplier’s responsibility to ensure they are correct so if you suspect there might be a fault then you should contact your energy company.

Think you’re not on the right tariff? Compare gas and electricity deals with our independent service Which? Switch.

Retired engineer Gary Day, from South Wales, told how he saved himself and three neighbours more than £2,300 after discovering their meter clocks were wrong by several hours – meaning they were charged the higher rate for their electricity at times when they should have been charged the lower rate.

He said: ‘I have only checked four meters and every single one of them was wrong. I am horrified that there are probably hundreds of others that have these clock errors and don’t realise it.’

Mr Day has also had two replacement meters go wrong and says he was wrongly told his clock would automatically adjust to British Summer Time.

About 3.9m UK households are on a time-of-use tariff. Find out more about different deals with our energy tariffs explained guide.

Mr Day said he and his neighbours were all on time-of-use tariffs with supplier Swalec and has called for energy suppliers to check any clocks when they come to read meters.

Swalec said staff are not required to check the clocks when they read meters – although if they happen to notice any problems they must report them.

It added it could not release any information on the scale of similar problems.

Find out how different suppliers compare by looking at the best and worst energy companies.

Meter reading rules: what you can do

Ofgem says suppliers are not required to specifically check meter clocks, but the rules do say they must take ‘reasonable steps’ to ensure the accuracy of the amount and time the electricity was supplied.

Peak and off-peak times vary between tariffs, regions, meter types and seasons. And it is the supplier’s responsibility to ensure meter clocks are correct – unless the customer owns the meter.

If you suspect your electricity meter is faulty, tell your supplier as it must investigate. If necessary, the accuracy of the meter can be checked by the National Measurement Office.

Find out how to complain to your energy company and tell us about your experiences of faulty meters.