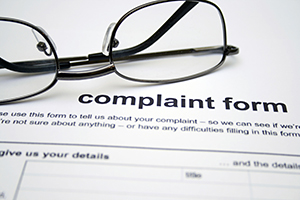 Millions of consumers failed to complain about problems they had with products and services last year, new figures published today have revealed.

The energy and retail sectors had the most complaints with 17% of people complaining about both sectors respectively.

Which? executive director, Richard Lloyd said: ‘Although more people are complaining about poor service, too many are still put off, which is why we’ve launched our free consumer rights website full of advice.

‘Businesses need to improve their complaints procedures but the law also needs to be made simpler and clearer so that consumers who fail to get a satisfactory response to their complaint can take their case to an ombudsman or the small claims court.’

Part of the reason people gave for not complaining was the perception that it was not worth the hassle, with 33% of respondents saying they had thought about complaining but failed to do so.

Cynicism about companies also added to the sense of frustration, with more than a third of people believing that big businesses only care about money and don’t care if something goes wrong with a product or service.

The Ombudsman Services survey of 2,023 people also cited a lack of knowledge about the legal process as a reason for not complaining, with only 6% of problems addressed through the small claims court.

The Which? Consumer Rights website helps solve everyday consumer rights problems with simple step-by-step guides and more than 100 downloadable template letters to help you get redress.

In 2013, our guide to the Sale of Goods Act was the most popular piece of content on the Which? Consumer Rights website, with more than 180,000 visitors.

The Sale of Goods Act is a key piece of consumer legislation that can help you get redress if a product you buy develops a fault.