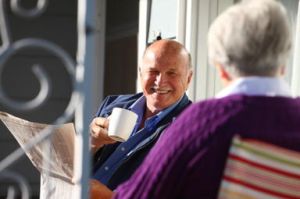 Pension companies will be forced to reveal details of hidden fees and charges, under amendments to be made to the Pensions Bill.

Steve Webb, the Minister for Pensions, announced on Monday that the government will be introducing new measures to require transparency for transaction charges in pension schemes.

This is in line with the government’s wider plans to ensure consumers receive value for money from their pension savings.

Our ‘Hands Off My Pension’ campaign calls for companies to ensure that clear, consistent and regular information is provided to consumers about their pension charges.

The government outlined that transparency of costs and charges is fundamental for good scheme governance and to enabling comparison between schemes.

The amendment will place a duty on the Secretary of State to make regulations requiring greater transparency around the transaction costs incurred by work-based defined contribution schemes. It is due to be debated at the Report Stage of the Pensions Bill 2013 in the House of Lords on Wednesday 26th February.

Which? has also been campaigning to get pension charges under control, although the government is yet to announce its response on charges for people who are automatically enrolled into workplace pensions. We want to see a charge cap at 0.5% rather than 0.75%.

Which? response to the announcement

Reacting to the announcement, Which? executive director, Richard Lloyd said: ‘It’s good the government is cracking down on hidden pensions charges because more transparency is urgently needed to help consumers get better value from their pension.

‘However, this alone will not be enough to end rip-off schemes as consumers are often automatically enrolled by their employer and are unable to shop around.

‘We also need to see a cap on charges of 0.5%, to cover all new and existing workplace pension schemes, which could save consumers around £4.8 billion just over the next 10 years.’