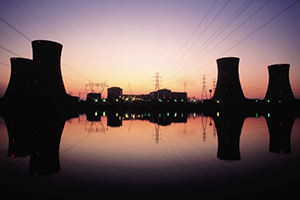 New measures by Ofgem to scrutinise energy prices of the major energy suppliers will come into force from 31 March. This will include trading fairly with independent suppliers and posting trade prices daily in a bid to have greater transparency, making it easier for consumers to choose the right deal.

Which? executive director Richard Lloyd said: ‘We have long been calling for greater transparency in our broken energy market and while many of these measures are welcome, they only scratch the surface of the changes needed to bring competition to the market and to make it work for consumers.

We need action to Fix the Big Six and soon. We want a full competition inquiry so that hard-pressed consumers can be confident that the market works well for them, as well as shareholders, and that the price they pay is fair.’

In our recent energy satisfaction survey, we spoke to more than 8,500 energy customers in October and November 2013 and asked them about their experiences with their energy supplier. The top six energy companies were small, independent suppliers, with Good Energy taking the top spot and Npower coming in last place.

Take a look at our guide to the best and worst energy companies to find out more.

We’ve launched a new campaign, Fix the Big Six, to encourage an energy market that offers customers a fair service where prices are kept as low as possible.

To achieve this we have put forward six fixes for the broken energy market to the Government, the regulator, competition authorities and the energy companies:

1. Increase competition: there should be a full competition inquiry into the energy market to ensure prices are fair and competitive.
2. Transparent trading: energy companies’ supply and generation businesses should be separated.
3. People power: simple pricing and swifter switching must be introduced.
4. Cost control: unnecessary costs added to consumers’ bills must be controlled.
5. Customer trust: charges for not paying by direct debit must be cost reflective. Firms should not hold on to large amounts of customers’ cash. Customer service must be improved.
6. Warmer homes: the Government should overhaul the Green Deal to make it a fairer deal for consumers.

Join the Which? Fix the Big Six campaign to make a difference.

The six major energy companies have been told if they don’t trade fairly with smaller, independent energy supplier they could face heavy fines. Ofgem have just issued a fine to Npower as the company has failed to meet two conditions of its electricity and gas supply licence in its practice of telephone and face-to-face sales.

Energy suppliers are required to provide accurate, complete and clear information to customers and that sales are made in a fair and transparent way according to Ofgem’s licence condition.

Find out more about how you could save on your energy bills by using our free switching service, Which? Switch.