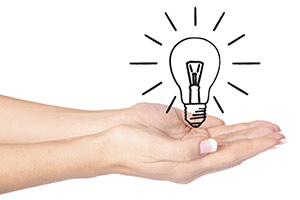 Paying your energy bill by cash or cheque could cost an average of £92 a year more than paying by direct debit, Which? has found.

And as 22% of households pay their electricity bill by cash or cheque, and 21% for gas, it means millions of homes are paying extra.

See if you’re on the best deal and compare energy prices with our independent service Which? Switch.

Which? crunched the data to reveal energy tariffs for bills paid by cash or cheque are an average of £92 more than those paid by direct debit.

We analysed the standard variable dual fuel deals of suppliers in England, Scotland and Wales to show how much extra they charge if customers pay by quarterly cash or cheque, rather than monthly direct debit.

The charges, averaged nationally for medium use, range from zero with suppliers including Ebico, Ecotricity and Good Energy, to £371 with Spark Energy.

Depending on your tariff, your energy company should give you a choice of ways to pay your energy bills. The cheapest way to pay for energy is almost always monthly direct debit, as most energy companies offer a discount to those who pay for energy in this way. Prepayment meters, where energy is paid for in advance, are usually the most expensive.

Find out more about different ways to pay your energy bill.

We are calling for direct debit discounts to reflect actual differences in costs and urging regulator Ofgem to act if necessary.

It forms part of our Fix the Big Six energy campaign.

More than 33,000 people have already signed up to fix the broken energy market since the campaign launched in February.