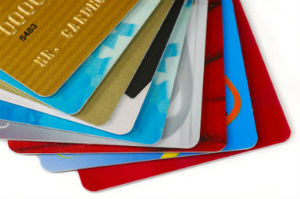 Bank account data will be provided in a standardised, easily comparable format for the first time, thanks to a new government scheme.

HM Treasury has created a new policy which will allow banking customers to upload their usage data for analysis and get an instant answer as to whether or not they would be able to save money by moving to a different account.

It is hoped that this will further stimulate bank switching, with the hope of creating more competition in high street banking and current account provision.

This builds on the recent creation of the Current Account Switching Service (CASS), which guarantees seven day switching.

At the moment, comparing current accounts can be tricky as customers need to know large amounts of detail about their account usage in order to accurately calculate the costs of each account. Many currently use information supplied within comparison tables such as those hosted on the Which? website in order to do so.

This is because charges can vary hugely from one customer to the next depending on how they use their account, including any overdraft facility.

Which? research has found that that more than half (52%) of consumers who haven’t switched banks say they’d be more likely to if it was easier to compare accounts.

Go further: How to switch bank accounts – all you need to know about changing your current account

Who is currently signed up to the scheme?

Barclays, HSBC, Lloyds, Nationwide, RBS and Santander have all committed to making this data available. Treasury sources have shared hopes that other current account providers will follow suit.

Talking about the scheme, Which? executive director, Richard Lloyd, said: ‘We’ve long campaigned for consumers to be given better data about their personal current account running costs, to help people compare banks and inject much needed competition into the market.

‘This information should make a big difference as people could be thousands of pounds worse off by having the wrong account.

‘We’re delighted the government has responded to our calls and we look forward to working with them and the banks to see how Which? could help consumers use this information to shop around.’