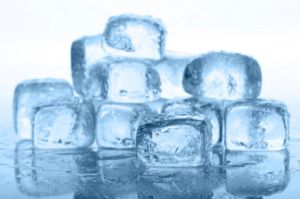 As the Budget draws nearer, George Osborne faces a chorus of calls for tax freezes, ranging from air passenger duty, fuel duty and VAT on housing renovation, to energy taxes and CGT.

Controversy rages over income tax thresholds. The government has already committed to raising the tax free personal allowance to £10,000 in 2014-15 and continuing to increase it in line with inflation (CPI) each year thereafter.

This has benefited standard rate taxpayers, but some commentators, including the Conservative MP David Ruffley, want Mr Osborne to do more for higher rate taxpayers too. Calling for the 40% tax threshold to rise, he said ‘The people who are low paid have had tax reductions. Hasn’t the time come to focus on people who are not rich but the striving middle?’

In a speech today, the Prime Minister, David Cameron, hinted at the possibility of tax cuts or further increases in personal allowance, declaring that, ‘Every bit of government waste we can cut, every efficiency we can achieve is money we can give back to you.’

The Confederation of British Industry (CBI) has urged the Chancellor to reduce the tax burden in a number of targeted measures. These include freezing Air Passenger Duty.

The CBI has also suggested freezing the ‘carbon price floor’, a tax on electricity derived from fossil fuels. John Cridland, CBI director-general said, ‘British businesses must have secure and affordable energy that enables them to compete internationally and keep jobs in the UK’. High electricity prices have also been criticised by steel producers and the TUC, who have called for more compensation for energy intensive industries.

A further suggestion from the CBI is relief on Capital gains tax (CGT) after five years, to encourage longer-term investment in industry.

Calls to stimulate the economy have come from the construction industry, which wants a cut in VAT on housing renovation and repair. Brian Berry, chief executive of the Federation of Master Builders said, ‘A VAT reduction on housing renovation and repair work will empower home owners to contribute to growth, jobs and greener homes without placing a burden on the treasury.’

Housing is also the focus of calls to reduce or simplify stamp duty. Nationwide Building Society has suggested ‘a fairer, more proportionate system, which would overcome the current distortions created in the housing market.’

Fuel duty has already been frozen by George Osborne, but pump prices remain high, with 61% going to the government for petrol and 59% for diesel. The Freight Transport Association has urged a 3p per litre cut in fuel duty. A spokesman said, ‘The chancellor would give a real boost to balancing the economy by reducing fuel duty.’

Coronavirus: how to apply for a car finance payment holiday