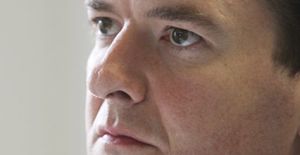 Some higher-rate taxpayers could be up to £2,000 a year better off, under tax reforms proposed by a Tory pressure group.

Chancellor George Osborne has been urged to scrap the 40% tax band in next week’s Budget and replace it with a 45% bracket for those earning more than £62,000.

The proposals, made last weekend by Renewal, could ease the tax burden on thousands of people earning just above the 40% threshold.

Go further: Budget 2014 – keep up with the latest speculation regarding this year’s Budget

Renewal is the latest group to urge the Chancellor to help out Britain’s middle-income earners with announcements of tax cuts in his Budget speech on March 19.

Scrapping the 40% tax band altogether would ease the tax burden on people earning salaries not far above that £31,866 threshold, albeit at a cost to those earning a salary between £62,000 and the current 45% tax threshold of £150,000.

Go further: Tax rates, allowances and amounts – this guide makes it clear how much tax that employees have to pay

The Chancellor is also facing calls to fix the minimum wage level five years in advance in order to encourage businesses to create more jobs.

The Federation of Small Businesses chairman John Allan made these proposals, suggesting this would eliminate the uncertainty which is currently preventing many businesses from recruiting.

Labour this week reaffirmed its objective to reduce higher-rate pension tax relief to 20% if the party comes into power in the next election.

Go further: How income tax rates have changed – our graph details the history of income tax

What to expect from the Chancellor’s Summer Statement

10 million drivers could face higher car insurance premiums: how to get the best deal