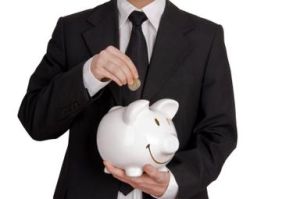 With the Chancellor George Osborne claiming that 2014 will be a ‘year of hard truths’, cutting pension tax relief might be a tempting way to raise revenue.

Here, we explore why he seems unlikely to change the rules.

Tax relief on pension contributions gives a hefty fillip to higher-rate (40%) and additional-rate (45%) taxpayers. It also applies to those who pay income tax at their standard rate of 20%.

Income tax relief on pension contributions from employers and employees is estimated to cost the Treasury £35bn each year. The justification is that tax relief encourages pension saving.

This has been queried by several commentators, including the Centre for Policy Studies, which recently found that only 15% of savers were motivated by tax incentives.

The Pensions Policies Institute has also suggested that the current system was ‘expensive, poorly targeted and does not achieve its policy objectives’.

Go further: Budget 2014 with Which? – keep up with the latest news and speculation

Explaining that this would raise funds to alleviate youth unemployment, he said: ‘We will introduce a Compulsory Jobs Guarantee for young people and the long-term unemployed.

‘We will fund this by a repeat of the tax on bank bonuses and by restricting pension tax relief for the very highest earners to the same rate as the average taxpayer.’

In January, Mr Balls estimated that reducing higher rate relief from 45% to 20% would raise £1bn in tax savings.

Chief Treasury secretary, Danny Alexander, appeared to rule out any immediate changes to pension tax relief in a speech to the National Association of Pension Funds (NAPF).

‘It’s also important that we do that in a way that’s fair. Your industry needs stability and I take that very seriously.’