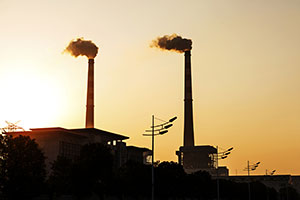 Chancellor George Osborne used part of his Budget 2014 speech to announce that household energy bills will drop by around £15 per year.

This is because the tax on fossil fuels used to generate electricity, which is known as the carbon floor price (CFP), is being frozen until 2020 – something Which? has been fighting for as part of our Fix the Big Six campaign (although we’d prefer to see the tax scrapped altogether).

Which? executive director Richard Lloyd said: ‘A cap on the Carbon Floor Price is a win for all consumers and something we have long called for to take some of the pressure off rising energy bills.

‘But more needs to be done. So far more than 43,000 people have signed up to our Fix the Big Six campaign. We are calling for a full competition inquiry so that hard-pressed consumers can be confident that the market works well for them, as well as shareholders, and that the price they pay is fair.’

While this is positive news, particularly coupled with measures taken last year, which knocked £50 off the average energy bill, £15 is a drop in the ocean considering the average household spends £1,385 on gas and electricity every year, according to Ofgem.

If you haven’t already done so, by far the most effective thing you can do save money on energy is switch to the cheapest supplier. There’s a huge difference between the most expensive and the cheapest energy tariffs, and Which? Switch can find you the best deal for your household – in fact people who used the service between 1 October and 31 December 2013 saved an average of £234 a year on their bills, which certainly beats George Osborne’s £15.

How to use less energy

If you’re already on a good-value energy tariff, there are still plenty of ways you can save money on your utility bills.

The Which? website is packed full of advice and tips on everything from a guide on how to use less electricity, which covers saving energy in the kitchen, money-saving tips and more, to the full lowdown on energy grants.

And our energy cost calculators, which we’ve developed for a range of home appliances including TVs, fridge freezers and dishwashers, let you compare upfront buying costs with annual and lifetime running costs. The calculators enable you to compare different models to see whether going for the cheaper item in the first place will really save you money in the long run.