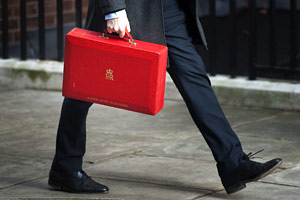 It’s been a week since George Osborne gave his Budget 2014 speech, announcing a host of changes which will affect our finances in a number of ways.

Here, we list all the key announcements that will affect consumers in chronological order, starting with those that will be introduced first.

Go further: Budget 2014: The highlights – an in-depth summary of the major changes

A relaxation of rules regarding drawdown limits and lump sum withdrawals.

The new tax year begins on 6 April 2014 and will herald the introduction of many new tax and benefit rates.

Go further: Income tax explained – find out about how much you need to pay

Child benefit and local housing allowance and child benefit both rise by 1%. The state pension increases to £113.10 a week.

Go further: State pension explained – all you need to know about the weekly state pension

Beer duty cut by 1p a pint. Tobacco duty to rise 2% above inflation. Bingo duty halves to 10%. Duty on fixed-odds betting terminal up to 25%.

Go further: My retirement: what do I need to know? – get set for retirement with our hub

Go further: Premium bonds explained – how do these savings work?

All long-haul flights will charge band B tax.

The Chancellor announced a host of measures that will come into effect in the next tax year.

The government aims to give pensioners complete access to their pots.

Go further: What the pensions shake-up means for you – a round-up of the proposed changes

Go further: Tax on savings and investments – understand when you do and don’t need to pay tax

The cap was set at £119bn rising with inflation.

All emergency services staff who die in service will be exempt.

Go further: Inheritance tax explained – do you need to pay it?

Equity loans scheme will now last until end of decade.

Go further: Help to Buy explained – get to grips with the government’s mortgage scheme