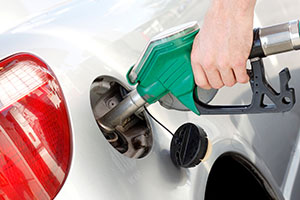 There were a number of important announcements for motorists in the 19 March Budget, including another fuel duty freeze and money for pothole repairs. Here’s a round-up of all the changes that affect drivers.

The biggest news is the scrapping of September’s planned 1.6p fuel duty rise; there will now be no increase in this tax before May 2015.

An emergency fund for road repairs was also announced. A £200 million ‘potholes challenge fund’ is to be set up, and local authorities will be able to bid for some of this cash to fix their roads.

There was no change to the annual increase in Vehicle Excise Duty (VED) that adds at least £5 to the VED of any car in Band D or above. From 1 April this will see the VED for a car emitting 121-130g/km of CO2 rise to £110, and the annual cost for the cars with the highest emissions rise by £10 to £500.

Motorists will also be able to pay their VED monthly by direct debit, as well as on a biannual and annual basis.

Anyone thinking of buying or selling their secondhand car should also note that VED will no longer be transferrable. Car sellers will need to get a refund for any remaining VED, and buyers will have to obtain VED for their new car.

Classic car owners can now obtain exemption from VED for cars when they reach their 40th birthday, rather than only for those produced before a fixed date.

Find out what current VED rates are in our guide

Future increases in company car tax were also announced. For cars with CO2 emissions above 75g/km, the percentage of the car’s list price that is subject to tax will increase by 2% in 2017/18 and 2018/19.