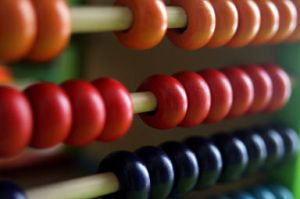 George Osborne faces growing demands from his own benches for a cut in the number who pay 40% income tax.

Meanwhile, opposition parties have mooted further personal allowance rises and a reintroduction of the 10% starting rate.

Here, we round up the demands being made to the Chancellor ahead of the Budget on March 19.

Go further: Budget 2014 with Which? – all the latest news and speculation

The Chancellor has made increases in tax-free personal allowance a hallmark of his taxation policy since 2010.

Commenting on his tax plans, he said: ‘I’m a low tax Conservative. I want hard-working people on all incomes to keep more of their income tax free.’

However, former Conservative Chancellor, Lord Lawson, has suggested that the personal allowance has been increased too far and that George Osborne should cut basic rate tax from 20p to 19p instead.

He claimed this would ‘cut taxes for 24 million working people on middle and low income’.

Go further: UK taxes compared – see how much the government earns from your taxes

Higher rate (40%) income tax has also been the subject of fierce debate in the run up to the Budget.

The Conservative MP, David Ruffley, recently suggested that it was time ‘to focus on people who are not rich but the striving middle’.

His was one of a number of voices calling for an increase in the threshold at which 40% tax becomes payable.

The Shadow Chancellor, Ed Balls, has indicated an intention to restore the higher 50% rate, reversing ‘the £3bn tax cut’ he claims the reduction represented.