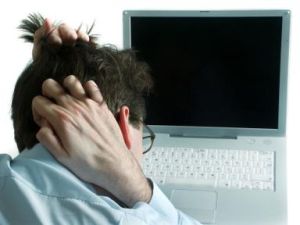 Action is being taken to tackle rogue websites which masquerade as providing legitimate government services,  after new Which? research highlighted how consumers have been left out of pocket.

The Cabinet Office has today confirmed it is working with online search engines, including Google, the Advertising Standards Agency (ASA) and Which? to tackle the problem of copycat websites.

Government has also pledged to give the National Trading Standards Board (NTSB) an additional £120,000 to identify, investigate and take enforcement action against any examples of misleading websites that pass themselves off as official government services.

Go further: How to spot a copycat site – find out more on the Which? Consumer Rights site

Which? wants ongoing tough approach to crackdown on copycat sites

Misleading websites tend to come to the attention of the public as sponsored advertisements on search engine results pages.

The Government Digital Service has been working with Google to identify advertisements which mislead consumers and, therefore, breached Google’s policies. As a result, Google has recently taken down a series of sponsored adverts.

While Which? has welcomed today’s announcement, Richard Lloyd, Which? executive director, said: ‘For too long copycat websites have got away with misleading consumers into paying potentially hundreds of pounds for services that should be free.

‘There must be an immediate crackdown on copycat websites, along with a review of legislation and any offending sites immediately removed from the internet.’

Copycat sites analysis – what we found

We looked at 10 websites providing services for passport applications, European health insurance cards and tax return services and found them to be misleading or confusing, providing poor value for money and leaving some consumers up to £1,000 out of pocket.

Of the seven passport sites we studied we found examples where users could be misled in to thinking they were on the official government pages.

We also found UK-Passport.net to offer poor value for money as it checks passport applications for a fee of £72.50, however, the same service is available at the Post Office for a fraction of the cost at £8.75.

Of the two European Health Insurance Card (EHIC) sites we looked at, we found europeanhealthcard.org.uk wrongly claiming that it offered services that weren’t available through the NHS.

We also found the web address of nhs-e111-ehic.org.uk confusing as the use of NHS in the URL may lead consumers to think they are using the official site.

We also studied TaxReturnGateway.com following complaints to Which?, with people reporting having been charged between £150 and £1,000 for processing a self-assessment tax return.

The site claims that it provides extra services for the fee, such as checking the application for errors but we think this is misleading as HMRC has told us that the applications through the official site are also checked for errors.

Go further: Share your experience on Which? Conversation – Google’s Head of Policy explains what it has done to tackle this issue.

Senior Ministers met with Google this week to discuss the enforcement of its policies for advertising on its search results pages.

As a result, a framework has been drawn up so that search engines can identify and take action against websites that add little or no value to existing online government services.

Google will continue to remove misleading adverts and close the accounts of repeat offenders.

To access official Government information and services, look for websites that end ‘Gov.uk’. A webpage has also been set up so members of the public can report misleading websites which can be found here. From there people can make a complaint to Google and other search engines.