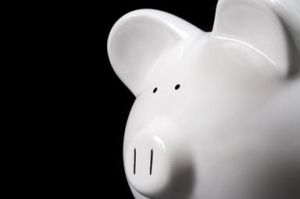 Savers looking to make the most of their £5,760 tax-free cash Isa allowance before the end of the tax year are facing limited choice and uncompetitive interest rates.

This is traditionally the time of year when savings providers battle to boost business by upping cash Isa rates and launching new products ahead of the new tax year, which starts on 6 April 2014.

Lack of competition between providers

There’s little sign of such competition this year. In January 2012, savers could choose between a total of 112 instant-access cash Isas, but today there are only only 84 accounts.

Because interest on savings is taxed, a cash Isa is still the best place for taxpayers to start saving, despite the disappointing returns. You’ll lose this year’s tax-free savings allowance of £5,760 if you haven’t put money into an Isa before the end of the tax year on 5 April 2014.

Go further: see our cash Isa deals of the week to help you find the best home for your savings.

Fixed-rate cash Isas aren’t faring any better. In January 2011, the average rate on a three-year fixed-rate Isa was 3.45%, based on a deposit of £5,340 – the cash Isa allowance at the time. But this has now fallen to 2.05%. As a result, savers face an average loss of £123 when they come to reinvest their money.

While fixed-rate cash Isas can offer more attractive rates that their instant access counterparts, the possibility of rising rates on the horizon means you should think carefully before tying your money up for too long.

Go further: check out the Which? savings rate booster to see if your savings could be earning more.