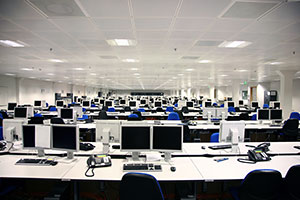 The Telephone Preference Service (TPS) has warned of an increased risk of fines for businesses that make unwanted sales and marketing calls after a company was fined for causing a ‘persistent nuisance’.

This action has set a legal precedent, paving the way for companies to be fined for TPS breaches.

During the past year the issue of nuisance calls has attracted widespread media and political attention as complaints have soared to an all-time high.

Our tool for reporting nuisance calls has had 32,657 complaints logged since its implementation in July 2013.

Which? research carried out in September 2013 found that eight in ten people had received an unsolicited call on their home landline within the previous month.

Eight in ten people said cold calls were an annoying interruption to their daily lives, while one third said they had been intimidated by them.

Which? research in April 2013 also showed that almost one in ten people received 50 unwanted calls or more in a month, mainly from PPI and accident claim companies.

If you’ve been mis-sold PPI, you don’t need to use a claims management company. Use our free claims tool to get your money back.

If you are receiving unwanted calls, one action you can do is register with the TPS.

The TPS is free to use and is a register which records your preference not to receive unsolicited sales or marketing calls.

Read our guide for more tips on avoiding nuisance calls.