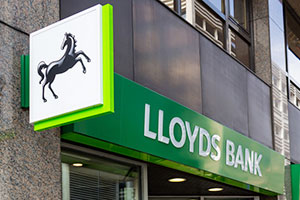 Lloyds Banking Group has been accused of cutting the amount of Payment Protection Insurance (PPI) it has paid to customers who were mis-sold PPI, according to a new BBC investigation.

The bank has been accused of employing a little-known regulatory provision called ‘alternative redress’ to save millions of pounds on compensation payouts.

Alternative redress is a loophole which allows a bank, in specific circumstances, to assume that customers to whom it wrongly sold single-premium PPI policies would have bought a cheaper, regular PPI policy instead.

The loophole allows the bank to deduct the cost of the regular policy premium from the full compensation it would otherwise have had to pay out.

Research by the Professional Claims Association (PFCA), a trade body representing claims management companies, found that more than one in four Lloyds claimants had their payments reduced.

It estimated that the affected Lloyds customers were worse off by more than £1,100 on average.

A statement from Lloyds said it was offering the correct level of compensation in line with regulatory guidance.

If you think you have been mis-sold PPI, you don’t need to use a claims management company. Use our free tool to reclaim your PPI.

Over the last year Lloyds Banking Group, which is 33% taxpayer owned, has been cutting payouts to consumers that were mis-sold PPI policies, the investigation found.

Cliff D’Arcy, an independent PPI expert, told the BBC that it is believed Lloyds has saved more than £60m over the past year by wrongly deducting payments.

If you are have reclaimed PPI from Lloyds and are unhappy by the amount you have received, you will need to make a formal complaint through the Lloyds internal complaints procedure.

If the bank hasn’t resolved your complaint within eight weeks, or has rejected it, you can refer your complaint to the Financial Ombudsman Service (FOS).

You will need to request a letter of deadlock before going to the ombudsman.

FOS is free to use and details of the ombudsman should be listed in your provider’s final letter.

Read our guide on taking your financial complaint to the financial ombudsman.