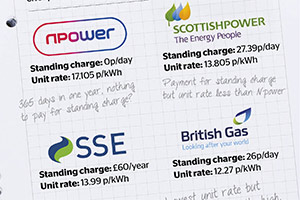 Newly ‘simplified’ energy tariffs are still too confusing for most consumers to work out, according to the latest Which? investigation.

Of the rest, 31% picked the wrong tariff and 34% either didn’t think it was possible to calculate or didn’t know how to. Four in 10 (41%) used an aid to do their calculations, such as a calculator or spreadsheet, yet only 50% of these people got it right.

The full results and story ‘Simplified energy tariffs aren’t simple’ appears in the April 2014 issue of Which? magazine. If you’re not already a subscriber, join Which? for access to our website and monthly magazine.

Since January, energy companies in England, Scotland and Wales have had to stick to stricter rules on how they structure tariffs. All tariffs must be made up of just a standing charge and a unit rate, and suppliers can only offer a maximum of four core tariffs for gas and four for electricity. But there are different permutations of these core tariffs according to how you pay and manage your account – so there’ll be more than four tariffs to compare.

The changes came about as a result of regulator Ofgem’s Retail Market Review (RMR), which aims to make the energy market ‘simpler, clearer and fairer’.

Before the RMR came into effect, there was an ‘anything goes’ approach to energy tariffs: some were made up of a unit rate and a standing charge, some of just a unit rate and others of two tiers (you paid more for the first block of energy you used and then another rate afterwards). What’s more, there was a variety of discounts and rewards, some in pounds and some as a percentage. Inevitably, comparing different deals under this system was a minefield.

When we ran a similar test in 2012 of the old-style tariffs, only 8% could pick the cheapest deal. So while the RMR structure we tested this year is an improvement, our latest results show that most people are still baffled.

Alongside the new RMR structure, Ofgem is bringing in a new system of presenting energy tariffs called the Tariff Comparison Rate (TCR). This displays tariffs based on only what a medium energy user would pay for their gas and electricity on a particular tariff – which means for low and high users it’s intended to be a prompt to hunt for cheaper deals.

We are concerned that as TCRs are likely to appear in advertising and on comparison sites, some consumers could end up worse off by incorrectly using them to compare and decide on a new tariff.

You can find the cheapest gas and electricity deal for you the easy way by comparing energy prices using an comparison service such as Which? Switch. 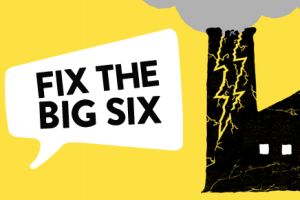 We’re campaigning for an energy industry that puts customers first

Which? has launched the Fix the Big Six campaign, calling on the government, Ofgem, competition authorities and the energy companies to drive forward radical reforms to fix the broken market.  We want to see an energy market people can trust, where they have the power to spot the best deal for them using simple, easy to compare pricing.

Which? executive director Richard Lloyd said: ‘In spite of Ofgem’s tariff reforms to simplify the market, consumers are still failing to spot the cheapest deal because energy pricing remains too complicated.

‘More radical changes are needed to fix the broken energy market. That’s why our Fix the Big Six campaign is also calling for a full competition inquiry, so that hard-pressed consumers can be confident that the market works well for them as well as shareholders, and that the price they pay is fair.’

Eight in 10 (81%) picked the cheapest deal when they were presented with the tariffs in the simpler pricing format of a unit rate and no standing charge that Which? has championed. Fewer than one in 10 (8%) picked the wrong tariff, and 10% didn’t think it was possible to calculate or didn’t know how to.