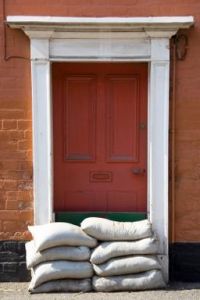 Householders have raised concerns about whether they will be covered against future flooding because of unclear definitions in their insurance policies, Which? research reveals.

Around a quarter of the homes damaged by this year’s winter weather were flooded as a result of rising groundwater, according to the Environment Agency.

But a number of members have contacted us because they are unsure about whether their policies will cover them for flooding caused by groundwater and details of cover are often buried in pages of terms and conditions.

Go further: Flood insurance – find out what you are covered for

One member, John Northrop, from North Yorkshire, who contacted his insurer for clarification, said: ‘I was a bit surprised to find we are only covered if a river overflows – not if there is a rise in the water table.’

Baroness Symons of Vernham Dean raised the issue in the House of Lords in March, saying that some residents in her parish had been told by their insurers that their policies would be invalid if they were flooded as a result of a rising water table.

Sir George Young, MP for North West Hampshire, was also reported to have intervened in a case where one of his constituents was refused compensation by their insurer due to groundwater damage and the decision was reversed.

Flood insurance: who covers what?

Admiral, Esure and NFU Mutual all state simply they won’t cover loss or damage ‘caused by rising groundwater levels’. The Co-operative Insurance also excludes any flooding caused by ‘a gradual rise in the groundwater level’.

However, when we contacted these insurers, seven told us that they will cover claims arising from the recent winter floods. An eighth, Esure, said it would deal with claims on a case-by-case basis.

Go further: Home insurance claims – find out when to make a claim

We think insurers should have clearer definitions in their policies so customers know exactly what they are covered for regarding groundwater flooding.

FCA to ban the car and home insurance ‘loyalty penalty’: how much will you save?

Will a coronavirus payment holiday impact your credit score?