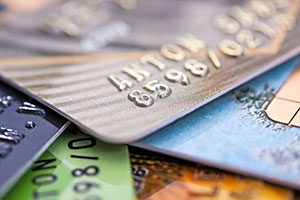 A fall in complaints about mis-sold payment protection insurance (PPI) has led to a drop in the overall number of complaints against financial companies, new figures have revealed.

The data, issued by the Financial Conduct Authority (FCA), shows that overall 15% fewer complaints were reported in the last six months of 2013 compared with the first half of the year.

Some 2.48 million complaints were made between July and December last year.

However, if PPI complaints are excluded, customer complaints have only fallen by 3%.

The regulator said it has also seen an 8% increase in the number of complaints relating to current accounts – an increase to a total of 303,110.

Which? executive director Richard Lloyd said: ‘It’s good to see the number of complaints overall is falling but the figures are still far too high, and it’s unacceptable that complaints about current accounts have increased.’

Read our guide to find out where to go if you have a bank complaint.

Despite the scandal showing signs of slowing down, more than three million complaints about PPI were still made to financial firms last year.

PPI still remained the most complained about financial product in the second half of 2013 with over 1.3 million complaints.

If you believe you have been mis-sold PPI, you don’t have to use a claims management company to get your money back. Use our free tool to reclaim your PPI.

According to the FCA, Barclays Bank was the most complained about firm in the second half of 2013, with 309,494 complaints, a decrease of 17%.

Lloyds Bank followed in second place with 256,656 complaints, an increase of 1%.

HSBC is the bank that has seen the largest fall in complaints, with a 24% reduction.

Richard Lloyd added: ‘Banks must deal with customer complaints swiftly and fairly, and explain what steps they are taking to stop the same problems occurring in the future.’

Find out how to complain about a bad financial service.