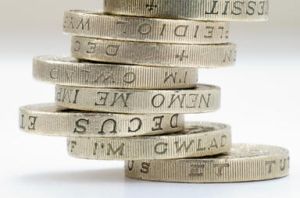 The government has revealed how much it will cost for existing pensioners to top up their weekly state pension, six months after the scheme was announced in the 2013 Autumn Statement.

People who are already collecting their state pension will be able to increase the weekly amount they receive by making a one-off National Insurance contribution between October 2015 and April 2017.

Go further: State pension explained – find out more about what you’re entitled to

This will abolish the distinction between basic state pension and additional state pension (S2P and SERPS), replacing them with a single state pension worth £147.62 per week in today’s money.

For current pensioners, basic state pension rises to £113.10 on 6 April 2014. Some receive additional state pension but many end up with less than the new single-tier pension, and will continue to receive less than those who retire after April 2016 unless they ‘top-up’ by making extra National Insurance contributions- specifically ‘Class 3A’ voluntary contributions.

Although the pension top-up scheme was announced in George Osborne’s December Autumn Statement, the price to pensioners has only now been revealed.

Go further: National Insurance explained – get to grips with the amount you pay

Why government has introduced the top-up scheme?

Confirming details of the new scheme, Pensions Minister Steve Webb said, ‘It will provide an opportunity for pensioners to improve their retirement income by obtaining inflation-proofed extra additional State Pension.

‘This could be particularly beneficial to women and other groups such as self-employed people who have not done well under additional State Pensions and have not previously been able to top these up.

‘The State Pension top up has been set at an actuarially fair rate that ensures that both individual contributors and the taxpayer get a fair deal.’

How the scheme compares to annuities

The published rates are actually very favourable, compared to a joint-life escalating annuity which matches the features of additional state pension. They are closer to the cost of a cheaper single-life level annuity. By making Class 3A National Insurance contributions, pensioners can therefore be seen to be getting a good deal.

Although many pensioners will welcome an opportunity to boost their retirement income, government research suggests that only one in five of those eligible are interested in paying more National Insurance. The DWP estimates that 265,000 people may take up the offer before it closes in 2016.