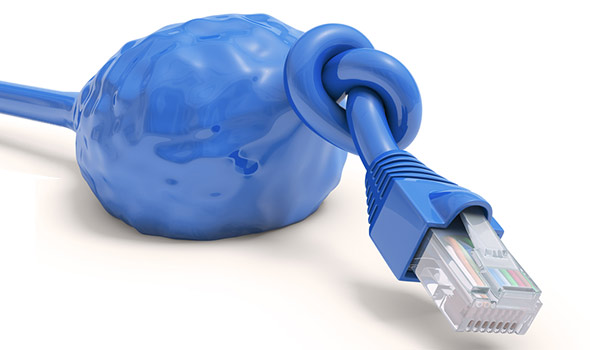 In the past, ISPs have been accused of misleading their customers by applying network-slowing traffic management to their supposedly unlimited broadband packages. We investigate whether this practice is still taking place.

The UK broadband market has never been so competitive. Every day seems to bring a fresh avalanche of adverts, inserts and junk mail promising ever faster broadband packages combined with unlimited data allowances.

But are these promises too good to be true? In the past ISPs have been accused of misleading their customers by applying traffic management to their supposedly unlimited packages. We investigate whether this practice is still taking place.

What is traffic management?

To ensure that networks operate efficiently, ISPs can restrict traffic on their networks or give priority to some types of traffic over others. This process – known as traffic management – usually takes place during busy periods and can result in your internet speed being seriously reduced.

ISPs can also manage their networks by applying a fair usage policy – a clause that allows them to limit your apparently unlimited connection if you use a lot of data over the course of each month.

Why do ISPs apply traffic management?

On the most basic level, the fact that more of us are using the internet – and using it for longer – means that the internet is increasingly congested. Traffic management can alleviate this and ensure that the activities of a few, very heavy, users don’t spoil the experience of the majority.

Prioritising certain types of activity, for example reserving higher speeds for interactive games that really need them, can also improve our online lives.

Which ISPs use traffic management?

Traffic management is far less common than it used to be.

None of the big four ISPs (BT, Sky, Virgin and TalkTalk) apply fair usage policies to their unlimited broadband packages so, in this respect, do genuinely offer unlimited allowances.

Speed restrictions are also less prevalent than they once were. BT and TalkTalk don’t apply any restrictions to their current packages while Sky doesn’t apply them to customers in the Sky network area (restrictions are only applied to out of area customers signed up to the Sky Connect deal).

Even Virgin Media, which has been criticised in the past by the Advertising Standards Authority for claims about its unlimited packages, recently stopped applying traffic management to downloads (though it still applies upstream traffic management).

But not all ISPs have the same approach and some smaller providers, such as Plusnet, John Lewis Broadband and Tesco Broadband, do apply speed restrictions on their packages.

Will I be traffic managed?

Most people don’t need to worry about traffic management, as it won’t be applied to them – ISPs typically estimate that only around 5% of their customers are affected. Traffic management is really reserved for heavy internet users, not people that only check the odd web page or send a few emails.

However you shouldn’t necessarily assume it won’t ever happen to you. If any of the following apply to you then it’s worth checking your ISP’s policies:

Which? expert view – ‘a complicated topic with no easy answer’

It sounds obvious – if you buy an unlimited package then it’s only fair that you should be allowed to use it however you wish. Yet you could also argue that it would be unfair if the activities of a few very heavy users spoiled the online experience for the majority of people.

It’s a complicated topic with no easy answer.

What’s simpler to acknowledge is that it’s a good thing more ISPs now have enough bandwidth that they’re able to remove speed restrictions from their packages. If you’re a heavy internet user then we’d recommend you consider one of these providers when taking out your next deal.
Jon Barrow – Principal Researcher

Switch broadband provider and save up to £143 per year