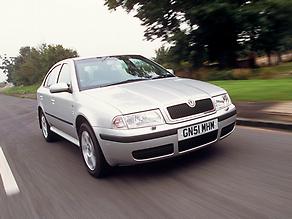 You might expect large cars to require deep pockets for running costs and maintenance bills. However, the best value car in the entire Which? Car Survey is a large car – but which one?

With a huge amount of space on offer, plus low prices and running costs, it is a large car that tops the Which? Car Survey for value for money, with a very impressive score of 96.2%. In contrast, the worst value large car is 30% adrift of the top model with owners slating it for an array of costly faults.

The top large car has been described as ‘one of the best all round value for money car purchases you can make’ thanks to its spacious interior, large boot, decent reliability and low running costs. The worst value model is plagued by electrical gremlins and pricey repair bills.

Find out which cars were rated best and worst value and read the full Which? Car Survey results by signing up to Which? for just £1.

Owners couldn’t praise the Skoda Octavia enough. They told us the (1998-2004) Octavia was the best value for money model of the entire Which? Car Survey.

One happy Octavia driver described their car as ‘the best-value car I have ever owned; exceptional value for money, excellent performance, massive boot space, cheap on fuel – what’s not to like?’

One driver went so far as to say, ‘each year I consider if I should purchase a new Skoda, but I reckon I owe this car to keep it. It’s like a pet; always there and ready to please’. 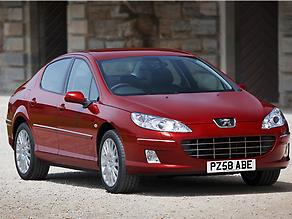 With a meagre value score of just 66.1% owners rated the Peugeot 407 (2004-2011) as the worst value large car. Owners complained that this model is peppered with electrical faults that can quickly lead to expensive bills. ‘Build quality is very poor and components seem to be very fragile and break easily’ stated one owner.

Reliability has been so poor for one 407 owner that they advise others, ‘do the maths first. Add about 2k to the price for faults over five years and then see if it still competes with other cars you may be interested in.’

Another 407 driver has said to ‘expect electrical problems’. Furthermore, the cars can be ‘very expensive when they go wrong’. Owners mentioned ‘repeated malfunctions’ with cruise control and ABS and troublesome electric windows and mirrors. A further owner needed three starter motors in two years.

Worst of all, ‘the cost of spares and repairs, especially if you need to go to a Peugeot dealer, is frighteningly high’.