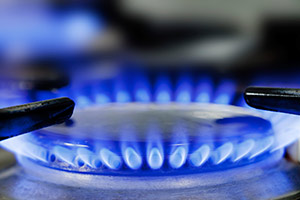 Ofgem rules that Eon mis-sold gas and electricity tariffs to around 333,000 customers

Eon will pay customers a record £12 million in compensation after the energy supplier was found by Ofgem to have mis-sold for more than three years.

Energy regulator Ofgem said that vulnerable people were sold tariffs that weren’t the cheapest options available between June 2010 and December 2013.

Ofgem said that this was because Eon hadn’t properly trained or monitored its staff, while telephone and doorstep sellers provided incorrect information when trying to recruit new customers.

As a result, Eon will pay around £35 to 333,000 customers who normally receive the Warm Home Discount. It has already set up a compensation hotline (0800 0568497) and plans to write to around 465,000 customers to see whether they are entitled to payments too.

This news of poor practice might not come as a surprise to Eon’s customers, who only awarded it a satisfaction rating of 45% in our 2013 energy companies survey. The best company scored an impressive 82%, while five other suppliers scored even lower than Eon. Check out our energy supplier reviews to see the full results.

Eon fine is ‘too late’

In response to the news, Which? executive director Richard Lloyd said: ‘While this fine sends a clear warning message that mis-selling won’t be tolerated, it’s too late for customers who were mis-sold and the damage to consumer confidence in the energy industry has already been done.

‘Which? investigations in 2011 found clear evidence that suppliers weren’t giving people the best deal, and it’s extraordinary that mis-selling has apparently continued for so long since Ofgem began its own investigation.’

He concluded; ‘Energy suppliers should not wait for the outcome of the proposed competition review and must seize their last chance to sort out woeful service standards and put customers first. Hard-pressed consumers need to be confident that the price they pay is fair.’

If you agree with Richard and want more to be done to regulate the energy market, join our campaign to Fix the Big Six.

How to switch energy supplier

Eon isn’t the only energy supplier to have been fined recently: since 2010, Ofgem has fined energy companies over £100 million, £39 million of which was for mis-selling.

Sick of being ripped off and want to find a better deal? Check out our guide on how to switch energy supplier.