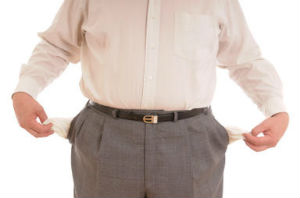 Self-employed workers are far less likely to contribute to a pension than employees, according to new figures.

A survey conducted by the Resolution Foundation has indicated that just 31 per cent of those in self-employment are currently contributing to a pension, sparking concerns about their financial security in retirement.

These figures are in spite of the fact that the majority of newly self-employed workers are aged 50 or older.

What options do self-employed workers have?

If you’re self-employed, you won’t have access to a lucrative company pension topped up by an employer, but you are still likely to benefit from saving into a personal pension.

Personal pensions offer 20% tax relief which you can claim back and add to your pot. They are also more portable than company pensions, so you’re less likely to suffer any of the costs associated with transferring your savings.

Savvy investors might be tempted by the added flexibility of personal pensions, allowing them to choose where their funds are invested. A Self Invested Personal Pension (SIPP) lets customers choose between a wide range of investments and could be a particularly attractive option.

Go further: Is a SIPP pension for you? – the pros and cons of this savings mechanism

How will the pensions shake-up affect the self-employed?

Under changes announced in the 2014 Budget, people will be allowed greater freedom of access to their pension funds.

From April 2015 onwards, you will no longer be forced to convert your pension pot into an annuity and you will have the option of withdrawing all of your funds as a lump sum. The amount you can withdraw as a tax-free lump sum has already increased.

It’s believed that the introduction of a single-tier state pension will have a positive effect on self-employed workers. Under this scheme, you can boost your state pension by a maximum of £25 a week through an additional one-off National Insurance contribution.

Go further: What the pensions shake-up means for you – a full round-up of the changes announced in the 2014 Budget

Self-employment as an alternative to retirement

Official figures state that the number of self-employed workers in the UK has grown to roughly 4.5 million, up from 3.9 million in 2008. Those aged 50 or older account for more than 70% of this growth.

Gavin Kelly, Resolution Foundation CEO, suggested that this was partly due to older workers choosing to delay their retirement.

He said: ‘Some of it can be explained by a workforce that is getting older and putting off retirement for longer, some of it may be down to our growing appetite for being our own boss, and clearly much of it is due to weakness in the jobs market meaning there are fewer other options.’

Go further: Working in retirement – the rules around working beyond state pension age

Could child benefit land you with an unexpected tax penalty from HMRC?