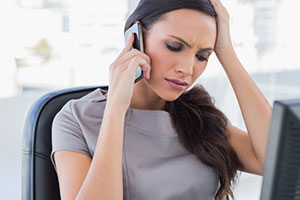 Need to ring your energy provider? Then be prepared to wait, as it’s more likely to answer the phone quickly if you’re a sales call, a Which? investigation has discovered.

We made 384 calls to 16 different energy suppliers’ customer service and sales numbers at set times of the day in April, and each time we recorded how long it took us to get through to a human being.

We found that 11 out of the 16 suppliers answered sales calls faster than customer service calls, and existing customers were left to wait up to 13 times longer than those enquiring about joining as a new customer. Npower and Scottish Power were among the worst. 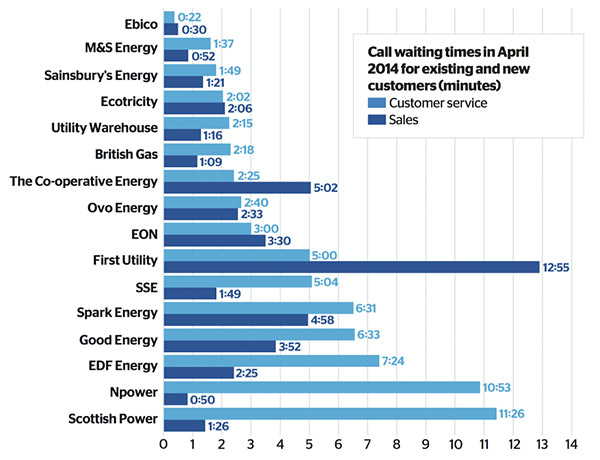 What the energy suppliers told us

We asked the energy suppliers to explain themselves.

Despite its poor results, Scottish Power stated: ‘We are always making improvements.’

The supplier with the longest waiting time for its sales number was First Utility. It told us: ‘We have prioritised our existing customers at a time when there is a huge demand from new customers for our low-priced tariffs.’

Once again, Ebico had the fastest call response times. Customers appreciated being put straight through to a human rather than going through an automated voice system. Ebico stated that it is ‘delighted to be no.1 again’.

You can find the best energy deal for you at our independent switching site Which? Switch.

When comparing average call waiting times for customer services in April 2013 and 2014, the average wait time had increased from 3 minutes 53 seconds, to 4 minutes 27 seconds. Indeed, nine of the 16 suppliers had longer average customer service waiting times than the previous year. Scottish Power, EDF and Good Energy all registered waiting times over five minutes longer than in April last year.

We’re calling for energy companies to prioritise their existing customers. If you’re fed up of waiting on hold to speak to your energy supplier, sign our petition to Fix The Big Six and help support a change in the energy market.

• 10 ways to save on your energy bills
• Can a wood burning stove save you money? Read about stove costs and savings
• We reveal the most reliable boilers – see our Best Buy boilers