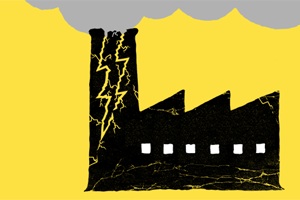 Energy companies could be in for a major shake-up following an announcement that they will be subject to a comprehensive investigation.

Energy watchdog Ofgem is today referring the entire energy market to the Competition and Markets Authority (CMA) for investigation. The CMA’s investigation is expected to answer questions around profits made by energy companies, in particular the six major energy companies: British Gas, Npower, EDF Energy, Eon, SSE and Scottish Power.

It will also investigate whether there is enough competition between the large energy suppliers, as well as the fact that consumers who haven’t switched suppliers are often being charged more for their energy.

If you haven’t switched your gas or electricity supplier recently, use Which? Switch to compare energy prices and find the best deal for you. Switching could save you hundreds of pounds on your energy bills.

Uncovering the truth behind energy prices

Which? executive director, Richard Lloyd, said: ‘This is a watershed moment for the broken energy market and millions of people struggling to cope with spiralling bills.

‘The investigation must leave no stone unturned in establishing the truth behind energy prices, and while it takes place Ofgem must continue its renewed, tougher approach to protecting consumers. Energy companies must also not wait for the outcome of this inquiry but make urgent changes now to do better by their customers.

‘We need to see radical reforms to Fix the Big Six that will inject more competition into the market and help rebuild trust by giving consumers confidence that the price they are paying is fair.’

Our recent campaign to Fix the Big Six, which gained over 46,000 supporters, urged the Government, energy regulators and energy companies to clean up the broken energy market – your support has helped push for this new development.

The CMA’s investigation into the energy market will begin immediately and it’s likely to publish its final decisions by the end of 2015, according to Ofgem.

This is the second time in recent weeks that Ofgem has put the big six energy suppliers under scrutiny, after it said last week that it would investigate Npower’s 400,000 outstanding energy bills and unsatisfactory complaints handling.

The latest figures on energy company complaints showed that a staggering 1.7 million were made to the six major energy suppliers in the first three months of 2014.