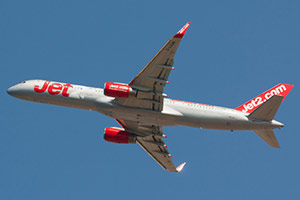 An Appeal Court judgement could mean more successful claims for compensation when flights are delayed due to technical faults and make it harder for airlines to avoid paying by claiming problems are ‘extraordinary circumstances’.

Jet2 lost its appeal today against a previous court ruling to compensate a passenger for a 27-hour delay on a Malaga to Manchester flight.

Go further: Find out more about your rights when your flight is delayed

The flight delay was caused by faulty wiring but Jet2 claimed that this was unforeseen and argued that it should be categorised as an “extraordinary circumstance”.

If the court had agreed with Jet2, this would have meant that under EU law the airline wouldn’t have been liable for compensation.

However, the court ruled that the defective wiring was faulty due to wear and tear, rather than anything more extraordinary.

‘Airlines must be transparent about the causes of delay and ensure that consumers have sufficient information to exercise their rights.’

The judgement is binding on all courts in England and Wales apart from the Supreme Court and could see many more successful compensation claims made by passengers whose flights are cancelled or delayed due to technical problems.

Jet2 will be appealing the judgement in the Supreme Court.